Any questions about our inventory? We're here to help.

I agree to receive text messages from JOHN KAMAL CARS representatives and understand that no consent to texting is required for purchase of products or services.

Text sent to
We will answer you immediately 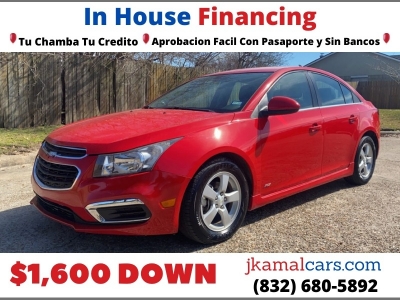 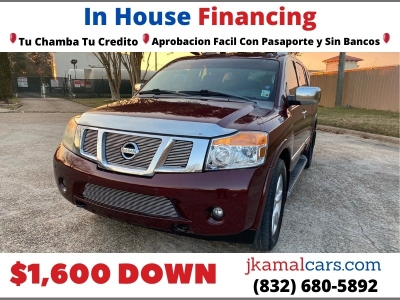 What is in house financing?

So you're in Houston or somewhere in Texas, and a used car dealership says they offer In House Financing or Buy Here Pay Here, and you're not too sure what that means? We got you! 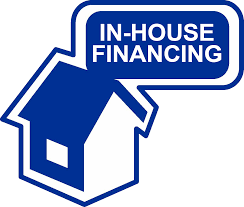 That's the easiest explanation. Now let's dig deeper if you have 3 to 5 more minutes to spare...

For a long time there were only two ways you can purchase a used or new vehicle: you either buy it cash or get financed through the bank. Car shoppers could either get approved through their own bank or Credit Union, or visit the car lot, which is usually connected to nearly 30 banks on standby - eager to earn your business. These banks are so hungry for your business that they even send a referral check to the dealership after you drive off... It's really complicated and it's a subject for another article that we will later publish...

In House Financing became part of the business in the early 90s but really took off in the 2000s. Here's what happened...

Car dealers simply got tired of the dealing with third party banks rejecting their customers. A customer would come in to the dealership, test drive a couple of cars, choose one, and proceed with the financing part of the deal. After running the customer's credit, the Salesman would then chose which bank to send your application to.

Because, see, there are different types of banks. Some banks only deal with shoppers with A-1 credit (700 +). Other banks specialize in shoppers with bad or poor credit. So the Salesman has to first run your credit and then choose 3 or 4 appropriate banks to send your application to. They all share the same interface on the computer and get the information in real time. The bank will then process the application and send it back to the Salesman with an offer or rejection. This all happens while you're sitting there, and the Salesman is trying to entertain you and the kids.

Some banks might choose to do their own credit check because they use a different credit bureau than the one the Salesman had used for your application. This is the case whenever you see 5 or 7 hard credit pulls after you visit a dealership.

The banks send the information back, and it's going to be one of the following: ​

-Denied (but will re-consider with a cosigner)

Because these banks were making approvals using a computer algorithm that pulled data from your credit and application, dealers started to see a lot of car shoppers being denied for approval, when the Salesman strongly believed that the shopper deserved a chance. For numerous reasons:

-The shopper co-signed for an ex girlfriend. They broke up and things went downhill after that. Not really his fault.

-The shopper went through a divorce. They couldn't agree on the assets so the judge ruled that they forgo all assets. Not really the shopper's fault.

-The shopper was financing a car from another dealership a couple of years back, but the transmission broke two months after she got it, and she's still being asked to make monthly payments by the bank, because, well, the bank doesn't really care. So she did a voluntary repo / repossession.

-The shopper got laid off and was out of work for 6 months.

-The shopper made an impulsive and immature decision and went on to financing a car that was out of her budget paying $600 per month, not including a $250 full coverage insurance bill.

-The shopper went through a bankruptcy.

-The shopper got into an accident her car got totaled. She needs a car to keep going to work, but there is a balance because the insurance company did not pay for everything.

​There are sooooooo many scenarios in which the bank weren't approving the shopper but should have, and dealers simply got tired of it. And that was the birth of In House Finance. They said "Screw it, we'll take chance on this guy" if the bank doesn't.

In House Financing really takes the approval at the human level. You even go through an interview to make the approval final - provided you meet all the basic requirements which are the following:

-At least 3 month at your Job (this is negotiable)

If a car dealership says No Credit Check in House Finance (or Buy Here Pay Here No Credit Check) that's probably because they have inventory of around $3,000, where you'd put $1,500 Down and make arrangements to pay for the rest later.

But a legitimate In House Financing used car lot with an average inventory cost of $11,000 has to run you credit. First, they would need to confirm that you are not in an open bankruptcy or else the vehicle could be liable. Second, we really need to, well, look at you credit. If you have three repossessions over the last 6 months then we probably shouldn't give you a 4th one :)

Best of luck to you!

We offer In House Financing (also known as Buy Here Pay Here) ensuring everybody has a chance at being approved for a car loan regardless of what their credit look like. We approve applicants with bad credit or first time car buyers with no credit at all. We also approve you if you have been in a bankruptcy. Repo / repossession is also fine. As long as you have a full time job along with proof of income we will get the job done. Start driving today for as low as $,1000 Down!

You have no vehicle saved.